When thinking about creativity in teams, we often imagine a bunch of people in front of a flip-chart scribbling down whatever comes to mind – Brainstorming.

But, what exactly is Brainstorming, and what is it actually useful for?

This is how a poet, creative coach, and the host of The 21st Century Creative Podcast, Mark McGuinness defines the term:

“‘Brainstorming’ is such a common word that it’s often used to describe any meeting or conversation designed to generate ideas. But what the critics are really complaining about are formal brainstorming sessions, governed by a set of rules that originated with advertising manager Alex Faickney Osborn, in his 1963 book Applied Imagination. The basic assumption is that by suspending , people free themselves to come up with unusual and potentially useful ideas. The four most important rules are:

A leader is appointed to facilitate the session, encouraging people and making sure they stick to the rules. The leader is also responsible for collecting the ideas, usually by writing them on a whiteboard, flipchart or notes. Once ideas have been generated, they are evaluated at a later stage, to see which are worth implementing.”

Even though brainstorming does have value, for the purpose of energizing, team building and alignment around a topic, there is one main drawback to the method: most results are of little practical value.

This is why: most ideas produced during brainstorming sessions don’t work in reality, because of a lack of essential filters. Again, McGuiness explains this very clearly:

“Brainstorming is said to work because critical thinking is banned, allowing for a freer flow of original ideas. But again, the research raises doubts about this. One study compared classic brainstorming sessions with sessions in which brainstormers were told what criteria would be used to evaluate their ideas and encouraged to use this information to guide their idea generation. The ‘criteria cued’ groups produce fewer ideas, but a larger number of high-quality ideas. The danger with brainstorming is that quantity does not equal quality.

A common source of frustration for professionals is having to sit through brainstorming sessions in which other people generate a stream of ideas that ‘simply won’t work’. Sometimes the subject experts have tried the ideas before, sometimes they just have technical knowledge that allows them to see why the ideas will never work. But because of the rules of brainstorming, they aren’t allowed to say so, as they will be labelled ‘idea killers’.”

Ideas in brainstorming sessions tend to be vague and abstract. Nick Fransen is quite pointed in his description of the common dynamics. He also translates his critique into a series of useful tips:

“Far too often (…) teams get stuck in the abstract world of fluff: Buzzword bingo! This is detrimental to innovation. It can destroy an idea’s chances of becoming a reality. Let me help you in your next endeavor.

Here are 8 words that should raise the hairs on the back of your neck: tread carefully!

(Nick Fransen, Board of Innovation)

Get the “Elephant” out of the room

So not only are time and energy wasted on less-than-productive discussions, but the process also inherently inhibits the creation of truly very radical ideas, as described by Paul Sloane:

“Unfortunately for managers, your presence in the room can inhibit people. With you there, it is very hard for your team to switch from normal meeting mode to creative brainstorm mode. You want them to confront the current conventions and generate unorthodox ideas. But some of these hidden factors might be at play:

Get the “Elephant” out of the room

So, not only are time and energy wasted on less-than-productive discussions the process also inherently inhibits the creation of truly very radical ideas, as described by Paul Sloane:

“Unfortunately for managers, your presence in the room can inhibit people. With you there, it is very hard for your team to switch from normal meeting mode to creative brainstorm mode. You want them to confront the current conventions and generate unorthodox ideas. But some of these hidden factors might be at play:

You tell them that anyone can challenge anything and make any suggestion. They nod in agreement but they are waiting to see what happens. Someone suggests something strange and you immediately point out why that might not work. People read the signals and you are straight back into a conventional meeting with little chance of the wealth of radical ideas you were hoping for.”

Brainstorming can indeed be useful:

It is, therefore, important to consider what brainstorming can and cannot deliver:

And a last point to consider: if you are using an innovation methodology of any kind, ask yourself whether it is actually a new packaged version of (good) old Brainstorming. 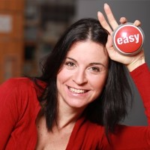 Orly heads up SIT’s communication and business sector development, working with well-known global multinationals such as Bayer, Johnson & Johnson, Allergan and Nestle. ​She has worked on a wide range of innovation and communication projects in the banking, beverage, mobile and industrial sectors, working with brands such as Beeline, Carlsberg, Coca Cola and Davivienda, and also undertaking innovation initiatives with leading international advertising networks like: McCann, Leo Burnett, Y&R, Publicis, GREY, Lowe and Saatchi & Saatchi. 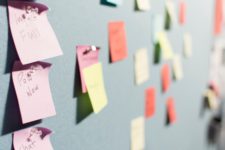 How Effective is Design Thinking as an Innovation Methodology?